Product will be automatically added below when you select an option.

Discounted amount of your subtotal will appear when you place your orders.

You have no recently viewed items. 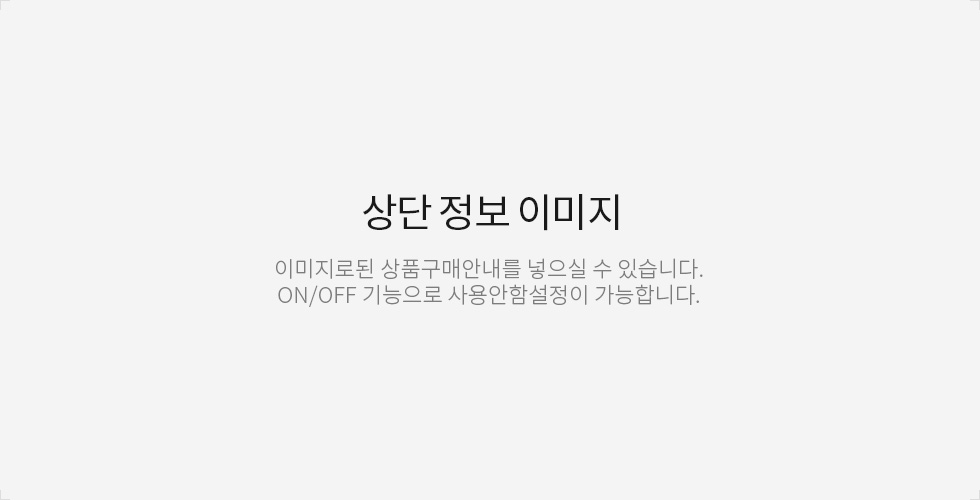 This is a superior room tuning accessory made with African premium exotic hardwood.

-. Combined the bell with a bolt in tap formed on the base.
As a stopper for stronger firmness, it is used a contraction tube between the base and bolt.

-. It has thin thickness as possible to get optimal resonance effect with maintaining the solidity.

-. The Mpingo bell has uniform thickness as possible by advanced-level woodturning handmade
skill, and so realized unique resonance effect of Mpingo which are different from metallic bell.

-. Bubinga base has 2mm diameter through holes on front-to-rear face & left-to-right side for
maximum resonance ability.
It is very hard and poor work efficiency to process Φ2mm through hole straightly on Bubinga
hardwood of height 27mm(Large) & 20mm(Small).
It's curve also made by advanced-level woodturning handmade skill.

1) Finishing : 2~3 kinds of premium German natural oil applied on fine-sanded surface.
2) Material quality : This is made with sound squares very strictly selected from 5~7 years
air-dried blocks in Korea after import from East Africa.
3) There are some distribution of wood grain & color in part due to natural material.

(Below is very famous audiophile’s review introduced on widely known audio site in Korea.
He used Mpingo reso-bells for a long time, and finally found optimal application directions.
As a result, they conducted group-purchase that many members were participated.
We hope this should be help to your purchasing and application.)

"Mpingo reso-bell is perfect match to calm down the noisy treble.
Midrange is becoming rich, and bass volume also can be increased.
Mpingo reso-bell should be used 2pcs basically.
It can be get simply by gluing Mpingo reso-bells on back wall of speakers.
We recommend two major position to attach on.

When looking at the speakers from the front, you attach them to a slightly higher places than
twitter.  Then treble become tone soft, but it doesn’t feel to be cut off.
As grain of sound goes out, the luster of female vocal or violin sound goes to liquid.
Sound image become arranged neatly and so imaging or focusing become better.
But, it does not feel brilliant like the metallic resonance-bell.
If you have metallic resonance-bell, it is worth to use both.

You attach them to the height before and after 10cm from the floor.
It is to attach on back wall, not on speakers.
This is favorite positioning personally, and it makes clear the whole sound to realistic and
analogue.
The imaging is arranged like as finely grinded surface by sandpaper from rough susrface.
Sound balnace become sink than First positioning.
This Second positioning took the tests on total 7 different condition places, and almost cases
showed good effects except only one place.
Perhaps the most general home environment, it can be sure it will be a definite benefit.

1) Bubinga base has two flat surface, one side of 2holes and the other side of 3holes.
Depending on which side to the front position, it brings subtle differences in volume sense
of base and size of sound image.
As practice test results, the likes and dislikes are changed depending on the environment.
Therefore, you have to make your own choices.

2) The Reso-bell can be lay down horizontally, besides standing upright.
But, this case is not recommendable as the sound goes down too, if not special environment.

5. Most audiophiles have their own opitmum loudness according to the space.
Also, it must be tuning after setting the opitmum loudness.
If the listening environment is very low volume like BGM(background music), the Reso-bell can
not do little its role and do not buy it."

1) "I have used resonator items of 'Synergistic Research' and 'Acoustic Revive' fullset together.
If you have sound distress of bustle etched midrange and treble, these resonator brings a clear
improvement.
Alteration of bass is clear, and especially the exess and turbid midrange-bass become much improved.

The setting point may vary upon system and room environment.
I used 2 pieces large and 3 pieces small as one set.
It become better by setting with one large on lower and one small on upper at corner of rear speakers.

I could felt change enough to upgrade to premium vacuum tube amp only with these setting.
It would be nice to look for optimal setting point according to each environment and taste."

2) "Metallic resonance bell have sound diffusion ability, but there were some complaints in view of
calm. I keep on using them as I become bored by putting them away.

I set Mpingo reso-bell with each small on left and right side of treble and one large on mid-base.
As result, it could be covered the disadvantages of metallic bell by cooling off."

3) "In rectangular room, I installed total 3 pieces, 1 piece on front side and each pieces of both sides
wall. The effect is pretty."

4) "Thank you for including the Large Reso-Bell.
I have found that I can change my soundstage or stereo image with one Small Reso-Bell.
I listen primarily to classical music. My stereo system is located along the long wall in a
rectangular room.

The right side is much closer to one end of the room. The wall on this end is covered in windows.
As a result, I have a problem with not having an even stereo soundstage or stereo image.
A typical problem that I have is the image of the violins on the left side is not wide enough.

I have used Blu-Tak to stick the Reso-Bell to the wall behind the left speaker to increase the
soundstage left of the left speaker.
I also have found that I can increase height of the soundstage by raising the bell.
I am amazed how effectively the small Reso-Bell can move the image up/down or side to side."
(16 Apr.2012, from D.J. USA)

5) "I am very happy by the way with my Mpingo reso-Bell and I just cannot understand
how something so small can influence the sound from my floorstanders but it does.
It must have taken a lot of research to develop them into viable products so I applaud
whoever thought of the idea. Best regards, John. from UK 2015.1.31."
(This buyer have bought large one pair & small one pair.)

Please do not drop down to hard floor or apply excessive force as bell's thin thickness.

-. African blackwood listed by CITES as a protected wood since Jan. 2017.
(CITES : Convention on International Trade in Endangered Species of Wild Fauna and Flora)
But, all our raw materials of this wood species were imported in Korea legally from Tanzania on 2002~2004.
Please refer above photo of official 'Pre-Convention Certificate' issued by Korea government CITES authorities.

-.  Mpingo is renowned for its lots of defects like cracks, splits, knots, worm holes, etc.
in the log itself, and so result in very poor cutting yield ratio to certain size.

-. Acoustic properties :
Its stability and lovely tonal qualities make it well-knownd as "The Tree of Music"
and it has often used for woodwind musical instrument traditionally like clarinets,
oboes, bagpipes.
Also, Mpingo is recognized already as outstanding resonant accessories to high-end
audiophiles worldwide.

We 'clubWOOD' are a manufacturer of premium quality woodcrafts in Korea

-. We will ship your order within 2~3 business days via international standard post airmail.
-. Tracking number should be provide after shipment for every order.
-. Import duties/taxes and charges are not included and buyer's responsibility.

We are willing to respond to your inquiry, especially in case of large quantity order.
If you have a question of this item or overall question, please feel free to contact us. 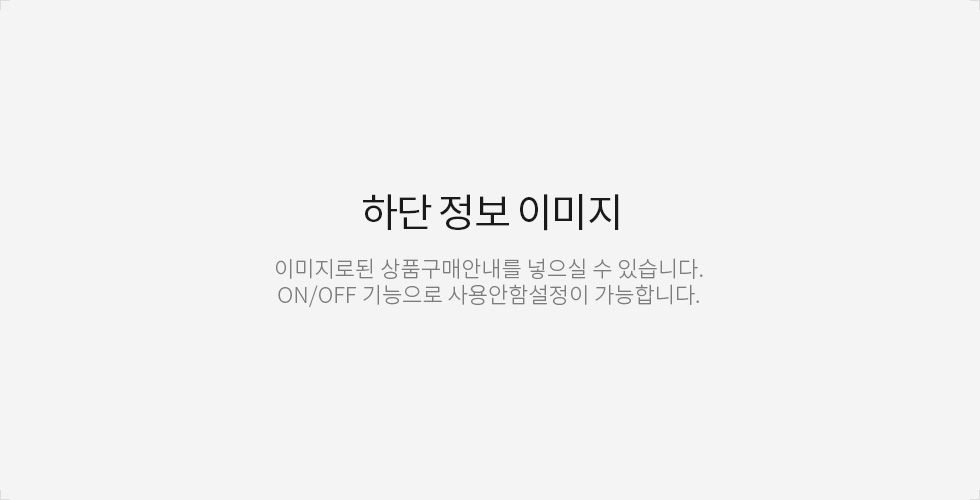 We accept the following forms of payment : only PayPal  (account : asante325@hotmail.com)


Please take into consideration that some products may take additional time for delivery and processing.
Important : Your order is shipped once your payment has been cleared. Please contact our customer service center if you would like to request an exchange or return on your order.

The recipient will be held responsible for international shipments which may be subject to import duties and taxes.
Please be advised that these charges are levied by the destination country and we do not have control over them.
In the case that the recipient refuses to receive the parcel, the order will be returned to Korea and will not be re-shipped.
Relevant expenses (round-trip shipping, customs, etc.) will be deducted from the refund.

Please take into consideration that we only accept qualifying returns but not exchanges. Refunds are issued once the returned products clear our inspection.

1) An item is eligible for cancellation if :
- you posted a Return request within 24 hours of payment and your order is still under “Pending” status (if your order is under “Preparing Shipment” status,
please contact our customer service center) or
- the order is delayed for more than 10 days since payment and you have not received any notification regarding the delay; or
- the ordered item is out of stock.

(1) Post a return request on our Return forum within three days of receipt.
You are required to attach the photos of the received product(s) and include the item code, the order number, and the reason for the return.
(2) A customer service representative will be in contact to assist you by email or phone.
(3) Items returned must be in their original condition, which includes tags and any packaging. Also, you need to include a note of your order number, name, and user ID.

* Please be advised that returns are accepted ONLY IF you followed the instructions above and your return request has been approved by our staff.
Returns that are shipped to us without any prior consent are not accepted.
* Please note that EVEN the defective/incorrect item(s) must be returned with all of the tags and labels intact. The item(s) must be sent in their original packaging and unworn.
* Please include all contents of the original package and free gifts (if applicable) in your return packaging.
* Shipping fee for any return caused by our fault will be paid by the company.
However, if EMS’ cash on delivery is not possible then you can scan the return receipt and either mail it with the item to return or post an image of it on the forum.
The shipping fee will be refunded once the returned item has arrived.

3) We do not accept return(s) if :
- you are returning the items just because you changed your mind (on size, color, etc.)
- you are returning shoes, bags, or any other accessories
- the products are damaged due to your mishandling
- your return request is not approved by our staff

The following items are not considered defective :
* Items that are originally manufactured without tags or labels
* Items with creases that may have been made while shipping
* Items with unsatisfactory/incomplete finish due to mass production

4) If there is a missing item from your order :
* Contact our customer service center by phone or by forum (if you cannot reach us by phone) within 1 day of delivery.
* Please keep all contents of the original package including packaging material (boxes, plastic bags etc.) with you until you are instructed otherwise.

Please note that we may not be able to process the refund for your missing item if you lose or damage any packaging material.

You do not have permission to view this page.

Write a Review See All

There are no posts to show


Oh! The screen width is too narrow.
Please increase the size of your browser.

When you look at the narrow screen,
you can enjoy shopping on optimized screen on mobile device.

This window will automatically close when payment is processed.
Do not close this window until processing completes.